Hello everyone! I'm participating in Google Summer of Code 2020, I am working on KDE Cantor project. The GSoC project is mentored by Alexander Semke - one of the core developers of LabPlot and Cantor. At first, let me introduce you into Cantor and into my GSoC-project:

Cantor is a KDE application providing a graphical interface to different open-source computer algebra systems and programming languages, like Octave, Maxima, Julia, Python etc. The main idea of this application is to provide one single, common and user-friendly interface for different systems instead of providing different GUIs for different systems. The details specific to the different languages are transparent to the end-user and are handled internally in the language specific parts of Cantor’s code.

Though the code base of Cantor is already in quite good shape, there is still room for improvements with respect to the missing features, user experience and functional issues.

Given the existence of similar open-source applications like wxMaxima, Jupyter, Octave GUI but also commercial like Mathematica, it is important to address all issues and to add missing features to become competitive with other applications or even be ahead of them.

The idea of this project is not to implement one single and big "killer feature" but to address several smaller and bigger open and outstanding topics in Cantor. 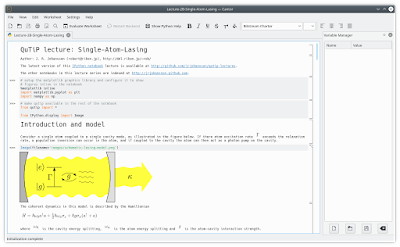 So, as you can see, the idea behind the project is an idea of "smothing the corners". The project also splitted into two section: feature section and bugfix section. And first, I will work on features.

Since this project consists of many not so big development topics that I plan to finalize in timely manner, I hope to frequently post about the current progress and show you a lot of new cool stuf being added to Cantor in the next three months.
на июня 02, 2020

Hello everyone, this is the third post about the progress in my GSoC project and I want to present new changes in the handling of the ext... 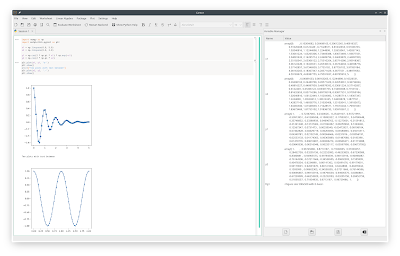